What is Snapchef? | Snapchef Foundation | Our Team

In addition to workforce and community development, Snapchef offers employees free FastTrack training, which prepares individuals for dynamic kitchen environments in just 20 hours. With continued mentorship and training, Snapchef takes pride in advancing the skills and careers of their team. 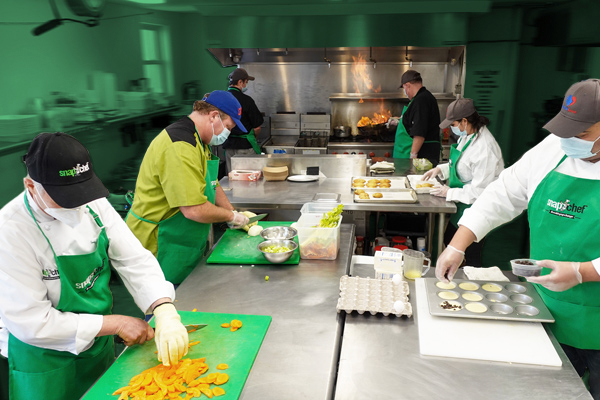 In addition to workforce and community development, Snapchef offers employees free FastTrack training, which prepares individuals for dynamic kitchen environments in just 20 hours. With continued mentorship and training, Snapchef takes pride in advancing the skills and careers of their team.

To create career opportunities and guide community members in a transformative process to unlock their potential and find meaningful and sustained work in the food service and hospitality industry.

Snapchef is both a community and industry-driven hospitality staffing company. In simple terms: we supply quality, trained, professional staff.

For over a decade we’ve supplied our clients with staffing solutions while developing results-driven hospitality programs for our clients and employees while building relationships with community groups, churches, and schools who also support the growing need for hospitality job readiness training and job creation.

We’re also very proud of the fact that our clients often keep our people on to help train their new employees and use our trainers to get required certifications. 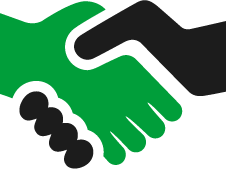 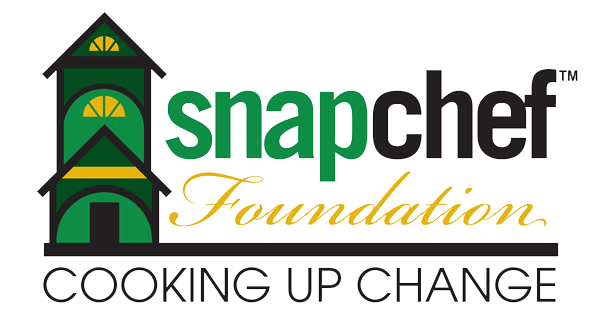 The Snapchef Foundation is dedicated to providing workforce development, community building, and sustenance to our community’s most vulnerable.

Our Team is our Family 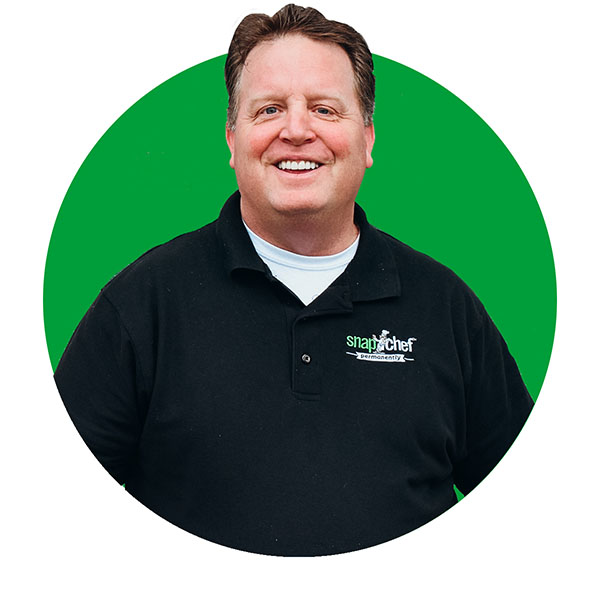 Todd Snopkowski, a pioneer in the food industry, has been leading the charge on workforce development, community building, sustainability and hunger alleviation for more than three decades. All of these personal priorities are present in every project that he’s involved with – most notably, Snapchef, which he founded in 2001 – and the 501c3 Snapchef Foundation, which he founded together with his wife Daniela in 2015.The genesis of Snapchef was formed during Todd’s tenure as NE Regional Chef at the food service conglomerate Aramark, when we routinely had trouble finding qualified kitchen staff who had the right training and attitude. He was also profoundly influenced by his experience as Chef for The Olympic Village in Atlanta, 1996 – at which he led a team of 72 cooks which fed 15,000 athletes daily for two weeks. Through these experiences, Todd learned that creating win-win environments with a commitment to community would be the key ingredients for any successful enterprise.Todd foresaw not just a solution to the acute shortage of trained temporary kitchen staff across the food service industry. He saw the opportunity to change lives – and change communities. Snapchef was not to be just an employment agency. Snapchef would be a holistic organization with a mission – dedicated to positive social impact by celebrating food as art and personal expression, sustenance, workforce development and community building.Todd’s commitment to developing people – and supporting communities – has helped Snapchef grow to more than 1,400 employees. His unique “earn and learn” Fast Track culinary training method to get people started in the business has become a pioneering model of industry-sponsored workforce development.Through his efforts, Snapchef increasingly collaborates with all levels of government and organizations to explore new ways to serve community members. Snapchef has received numerous awards for community entrepreneurship and continues to have a profound effect on the lives of its staff through job training and creation.Todd holds a graduate certificate in Small Business Entrepreneurship from Boston University. In 2015, he was the recipient of the 2015 SBA Small Business Person of the Year Award for Massachusetts, as well as an Entrepreneurship Award with Boston Children’s Hospital. In 2016, Todd received the Interise Good Citizens Award for the positive impact that Snapchef has had in the communities in which it operates, and in 2017 he received the Massachusetts Restaurant Association Education Foundation Leadership Award. 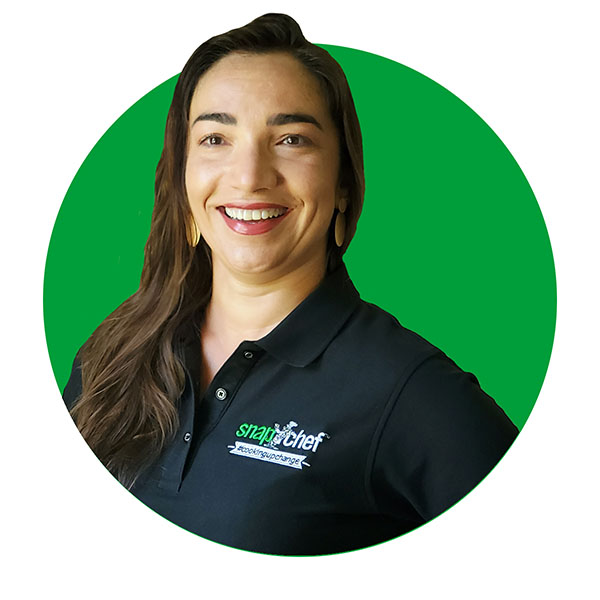 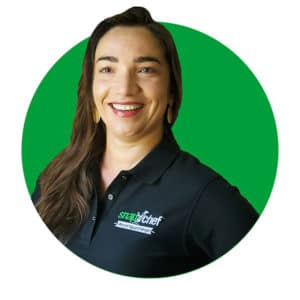 As a company CFO and co-founder Daniela Snopkowski has been with Snapchef from the start, and is the driving force behind the company’s financial management and human resources functions. Daniela has managed the company’s financial growth and has developed from scratch the administrative procedures that Snapchef operates on today. Her unique approach to real time solutions and creative talents have taken her to create a state-of-the-art internal database that have optimized the day to day operations of the company and proven to be seamless for both staff and clients.

The secret of her success? Daniela is a hands on manager that is focused on perfecting the company’s systems for maximum efficiency. She began cultivating her business and entrepreneurial skills as a child. “I started working at my family’s business in Brazil at a very young age and was lucky to have my parents as role models not only in my personal life but also in the business aspect”, she says. By her teenage years she was versed in all areas of the business and ready for her next challenge.

After moving to the United States she joined the food service behemoth Aramark and Campus as a Catering Manager before earning her degree in Business Administration. Throughout the years she has attained the skills and knowledge she has today by her own efforts and ambition along with various business and management classes that have helped her lead Snapchef to new horizons.

When asked what she likes most about being part of building Snapchef, she says: “Making sure people have chances and opportunities to grow, and to go as far as they can go. That’s what makes this all so worthwhile.”

Miska has had a passion for growing businesses for nearly 20 years, successfully expanding various companies from craft beer to real estate. He has guided potential franchise owners through the process and is a mentor to new partner/owners. He holds B.S. and M.S. degrees in Civil/Environmental Engineering from Worcester Polytechnic Institute and the University of Massachusetts Lowell.

Before joining the world of franchise development, Miska built, operated, and sold four successful small businesses of his own. During his time as a franchise owner, Miska received numerous recognitions including an Extraordinary Mentor Award, Hall of Fame status, and serving on the Franchise Advisory Council. As an independent, Miska was the owner of Escape Rooms, LLC in Westford, Mass. After immediate success of the stand-alone business, he launched the area’s first mobile escape room and authored a multi-player, role-playing game book about escape rooms. Miska is a proud Rotarian, and Past President of his local club.

“I am passionate about nurturing and expanding great businesses like Snapchef,” says Miska. “They are really multifaceted; they employ and train hundreds of people as well as fill a need in their communities.”

What our clients are saying…

“Using the Snapchef Portal has made ordering, managing and planning our temporary labor use by and far way easier than prior experiences with other temp services. Arwen, Mohammed and Cherise are quick to respond to any issues we may have throughout the entire process. Arwen is quick to resolve last minute requests and without fail almost always has someone to fill in last minute. If there are issues with specific employees they are quick to correct any issues and ensure that it does not happen again. All in all the whole process is made extremely easy from start to finish.”

“I want to thank you for assisting us with staffing our open Deli Cook position while we search for the right candidate. Jon Pearson and Mike who filled in most of the time were the right fit for our staff and operation.

I find the Snapchef website easy to use when placing orders especially being able to request particular staff like Jon and Mike. The site is user friendly. I like how I can confirm hours worked with breaks and give a quick rating or feedback of each staff member if I choose.

Again, thank you for helping us with our staffing needs with qualified individuals and your quick response when needed. You have been a pleasure to work with throughout the year.”

“As the director of culinary operations for Roger Williams University, I find using the Portal and Snap app to be efficient and useful. Once I became familiar with the platforms, it made scheduling and adding in any special requests simple. It has been an absolute pleasure working with the Snapchef office especially with Arwen Robitaille. I always felt confident with reaching out to the office for any questions that I may have had. The response time is on point and consistent, which is key when running a larger operation.”

“Snapchef has become an invaluable partner here at Brightview Commons, helping to ensure that our dining services department fully exceeds our residents expectations. The Snapchef portal and app have made scheduling very easy, as our needs are constantly changing and fluctuating. The office team is always available to answer questions and is very helpful. Arwen Robitaille, Operations Manager for Rhode Island, has exceptional communication skills and is always within in reach.”